Our team is multidisciplinary and experienced. Operating in “start-up” mode, it : 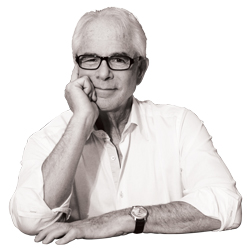 A passionate businessman, Claude Le Goff has been involved in the world of aesthetic medicine since 1997. Convinced by light therapy, he opened a specialized centre in Paris in 2005. This was the beginning of a long-term collaboration with doctors and researchers for experimental research. To date, their studies have involved over 600 patients.

In 2009, he created Mostleds, merging his skills with those of specialists in the manufacture of medical-aesthetic devices. From 2012 to 2016, he worked in synergy with Filorga, which took a stake in Mostleds, and then took over the company, which he has since developed with a multidisciplinary team.